When Life and the gaming gods conspire to ruin Gaming night (don't ask)… it's time to turn to the Granny Grate armies and Rick's Really Simple Rules. And, once again a fun time was had by all.

The premise: A warband of goblin/orcs and kobolds attacks a small Dwarven mine. 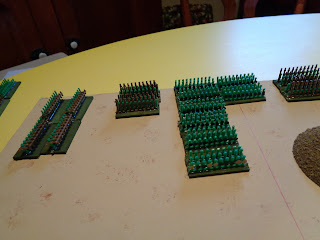 Orcs and Goblins prepare to attack, Kobolds in reserve 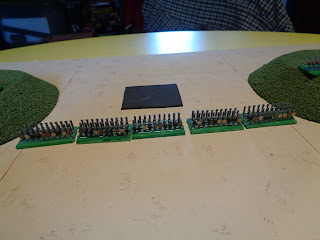 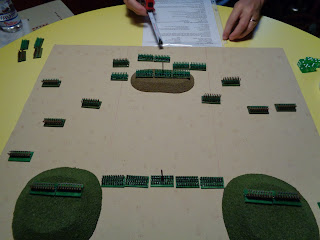 Orcs & Goblins at top of photo 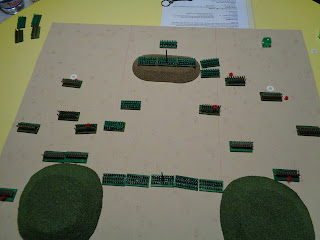 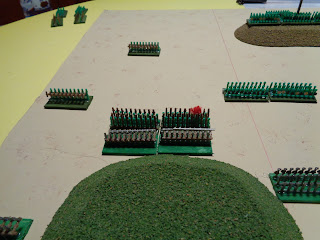 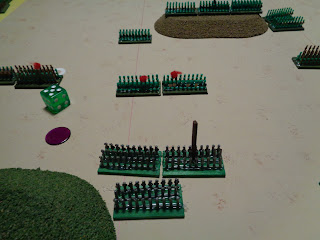 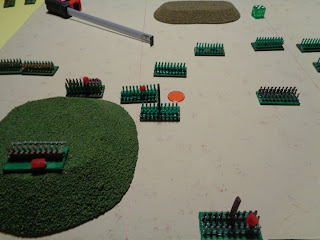 Orc/Goblins press forward with their attack 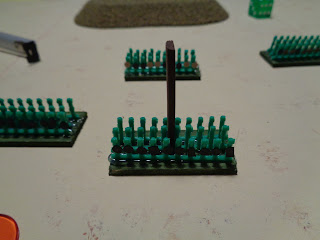