General John Stricker commands the Americans (top of photo) against the British forces of General Robert Ross (bottom of photo) on September 12, 1814. The tabletop battle is using Frank's Paper armies with more playtesting of Rick's Really Simple rules for Black Powder on a hex board. 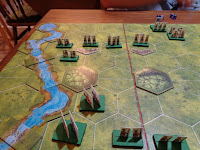 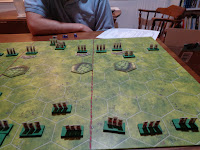 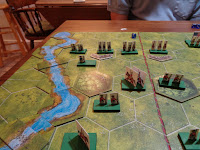 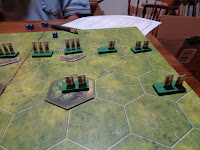 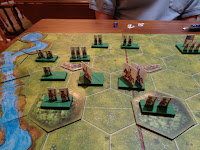 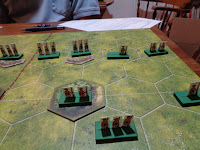 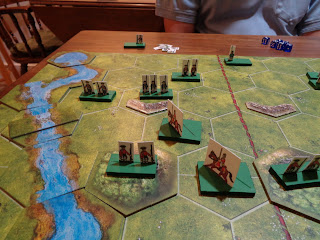 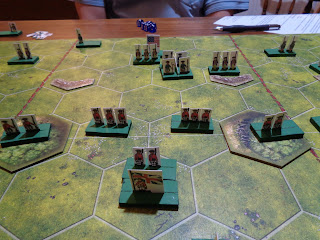 The Center of battlefield 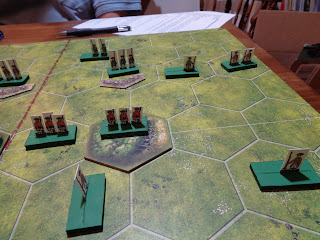 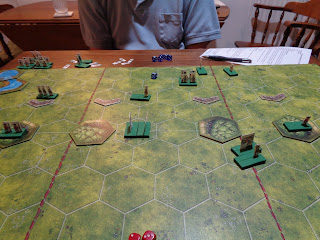 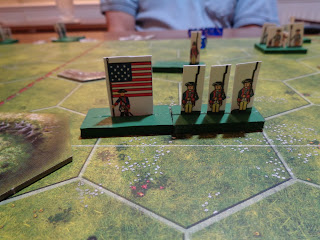 An American Victory despite heavy losses

Both sides took massive casualties. The American artillery performed well. Communication became an issue as the British failed to get orders to their troops for extended periods of the battle in the unfamiliar Maryland countryside.